Artificial Intelligence, a Shield Against Cyberbullying 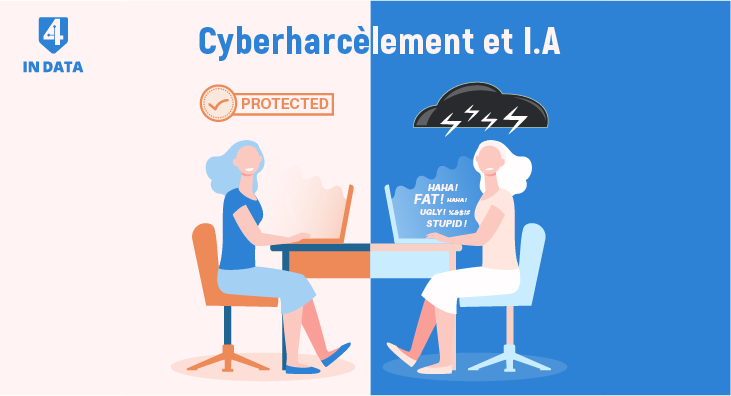 It’s not a surprise anymore, in the digital and virtual communication age, while it is easier to hide behind a screen computer and pseudonyms, many suffer “cyberbullying”. Crossing the tangible frontiers of reality to enter the digital world in which there is no time or border, online harassment is particularly hard to prevent and fight. It is a psychological reality whose consequences can be disastrous (on a sample of 2000 middle schoolers, 20% of young cyberbullying victims have already thought about suicide according to an American survey1), and teenagers are the first victims of these remote attacks. The number of social networks and communication platforms is constantly increasing, it is impossible for humans to monitor and control cyberbullying in real-time. Cyberbullies use many methods to attack their victims (insult, mockery, threat, grooming, defamation, outing, etc.).

But what can be considered as cyberbullying? Language can be traitorous: an insult can become loving while a sentence without obscenities can become a real source of trauma. The progress made in artificial intelligence, from machine learning to natural language processing, allows researchers to imagine many possibilities to prevent, or at least detect, cyberbullying and protect Internet users, especially the young ones.

Machine learning is the process of building models based on statistical methods or neural networks that detect specific elements among a substantial amount of data. Then, the algorithm classifies them into categories predefined by human beings. The models are trained on specific collected data, but they are constantly learning thanks to new technics such as online learning. Artificial intelligence can help the competent authorities – without replacing them – to spot cyberbullying and react in time.