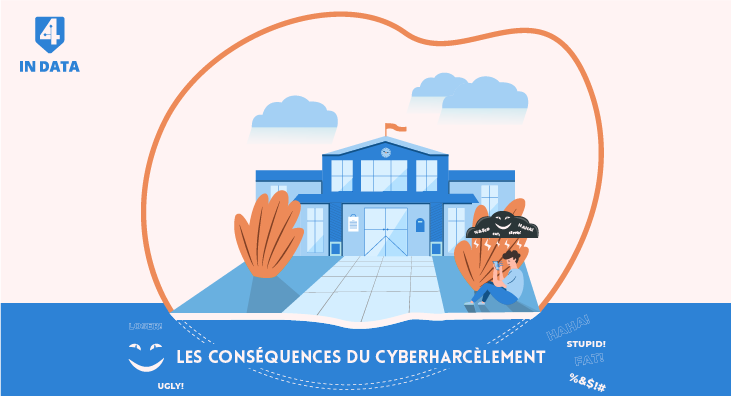 With new technologies and social media, new forms of violence have emerged. If everyone is concerned, young people and teenagers are the most severely affected. Cyberviolence represents a serious threat for child development regarding social, psychological and emotional behaviours.

Many times, medias have taken up this major issue, especially when cyberbullying and cyberviolence are the sources of devastating and irreparable consequences, in some cases suicide1. However, the negative impacts of those remote attacks are many and varied and it is a fact that young people (12-14 years old) are the ones who suffer the most2.

Cyberbullying is any online attack that is repeated throughout time and targets one or more persons. It can take various forms: public release of a picture or a video, insult, defamation, etc. Our new patterns of socialisation are shaken up by new technologies and social media and young people spend more and more time online creating their digital self. The more time they spend on the Internet, the more vulnerable they are to any forms of cyberviolence. Unlike traditional harassment, in cyberviolence, the bully has no boundary, and the violence is doubled: first, the bully cannot feel empathy for his/her victim because the distance keeps him/her to see the victim’s emotional response. Then, the group effect and the anonymisation of social media give the bully a power he/she does not have in reality. The balance of power is shaken up and anyone can become a bully, even though he/she has no physical, social or intellectual advantage. Moreover, unlike traditional harassment, cyberbullying has no space and time boundaries: it can happen anywhere, anytime, it is permanent as the Internet never forgets and the posts can be seen by everyone around the world. Cyberbullying is rarely done in the public sphere (although the bully is often part of the victim’s social circle) and this public aspect of humiliation and attack is often traumatising for the youth.

Researchers, psychologists and parents join forces in order to find some answers to a phenomenon which is constantly growing and affects more and more young people, with the consequences that we know. Toll-free numbers, associations and websites exist to help teenagers talk and escape the vicious circle of cyberbullying. We need to think the tools against cyberbullying in accordance with the technology and adapt the solutions so that cyberbullying does not become an obstacle for our children’s development.